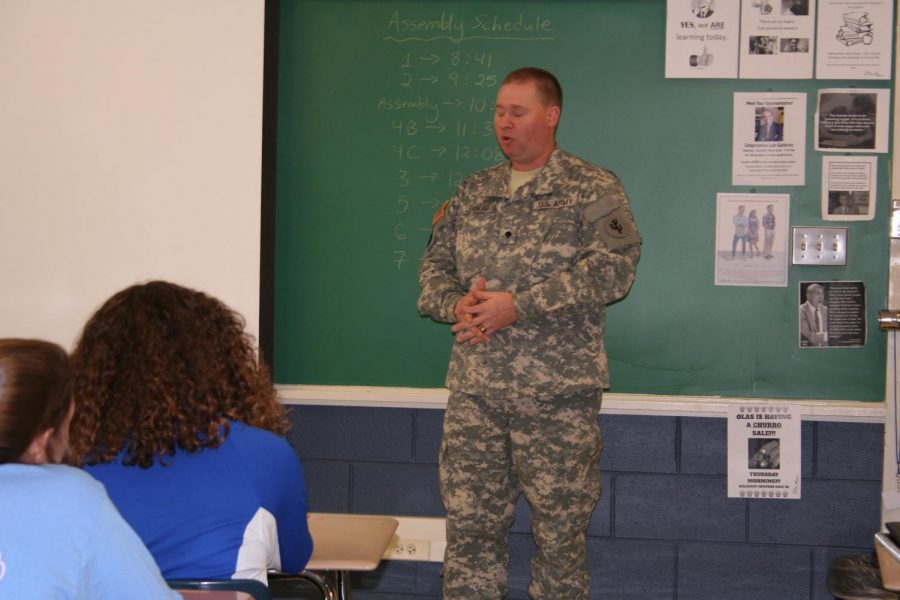 Jason Lemaku enlisted in 2002 and  he was in service for fifteen years. He started off as part of the National Guard.

Lemaku started in a place across from Soldier Field and he got to know the army there. But he didn’t like what he was doing there, so he signed himself up for active duty. From there he spent twenty-two weeks training in Kentucky. He graduated on September 12, 2001, a day after the 9/11 attacks. After graduating, he went to home for ten days, but was then sent off to serve in Korea. He was the only person from his class be chosen to go to Korea. He was expecting to go off in the Middle East with everybody else.

Lemaku spent a year over there, nothing was too bad or too dangerous. There he experienced a lot of culture shock, after all it was his first time far away from home. In Korea he got to know their language and even got to learn some Korean himself. He got to learn about their courtesy and how different it is from American courtesy.

After Korea, he spent a few weeks at home catching up with family and friends. Then he was sent back to Fort Knox where he spent two and a half years. At Fort Knox, he got involved in many things. He was always working on machinery, vehicles, weaponry and other vital items. There he got to ride around a lot on the war vehicles, which were small and cramped, but were a ride of a lifetime.

An opportunity then came around to go to Iraq and give service there, so he signed himself up. No less than twelve hours after signing up he was submitted to go into combat. After that he went home for a month or two and waited to be called for duty.

He was called and he was sent to Oklahoma for training. The funny thing was that the men teaching them how to go to war, had never been in combat themselves.

“But that’s the army for you!” said Lemaku.

He then flew to Germany and from there to Iraq. In Iraq they flew a horrible plane which was cramped with men and their weapons. It was over 100 degrees in that airplane and they flew all through the night.

Lemaku spent eight months in Baghdad exploring new sights and sounds. According to Lemaku, there is a lot of neat stuff to see in Iraq, but everywhere you go is a war zone. You could be walking down the road and see dead people on the ground and houses all blown up.

During his stay, a bomb blew up close to his barracks. He felt the whole building jump off from the ground and the bed that he was laying in levitated, causing him to fly off the bed. He woke up with fear and confusion. He immediately started to get ready; He was ready to get into action. Once he was ready and about to walk out, his lieutenant knocked on the door and told him to settle down and that nothing was happening.

Tales of combat and service like these truly make us think about the things that our veterans went through for us. With great effort and great pride, these men and women have fought for us whether we know it or not. Veterans, your work is done and for all you’ve done, we thank you from the bottom of our hearts.